Under the umbrella of AmeriCorps Seniors comes the Retired Senior Volunteer Program (RSVP). The RSVP program pairs thousands of Americans aged 55 and older with organizations making change in communities across the country. You can use the skills and talents you’ve learned over the years, or develop new ones while serving in a variety of volunteer activities within your community. AmeriCorps Seniors volunteers themselves report better health and longevity having served their community.

Serve Wisconsin is a 26-member citizen body appointed by the Governor to support community service and volunteerism. Federal AmeriCorps resources from the Corporation for National and Community Service are awarded to organizations seeking to deliver services using an evidence-based approach to solve identified community needs.

The Milwaukee County DHHS Division on Aging provides a single point of access to services for people aged 60 and over. We affirm the dignity and value of older adults of this county by supporting their choices for living in and giving to our community. Our vision is that all Milwaukee County elders will have the resources to live as independently as possible in their communities. The DHHS Division on Aging is made up of the Area Agency on Aging and the Aging Resource Center.

The Aging and Disability Resource Center of Waukesha County (ADRC) is a single access point for publicly funded long term care in Waukesha County. The ADRC provides information, assistance, counseling and supportive services for older adults age 60 and above; caregivers; adults with physical or developmental disabilities; and adults with mental health or substance abuse concerns. 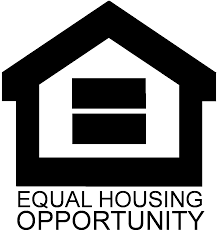 It's illegal to discriminate against people in housing based on race, color, sex, national origin, religion, disability, or family status according to both state and federal law.  In Wisconsin it is also illegal to discriminate based on ancestry, marital status, age, sexual orientation, or lawful source of income for housing. Some local fair housing laws include additional areas of discrimination.

Waukesha County’s Division of Community Development administers the CDBG and HOME programs from the U.S. Department of Housing and Urban Development (HUD), which are used to provide decent housing, establish and maintain a suitable living environment and expand economic opportunities, particularly for low and moderate-income persons.